My first favourite electronic artist was Jean-Michel Jarre, closely followed by Kraftwerk and then Depeche Mode.

I like things like the Soundtoys plug-ins (Echoboy, Pan Man) and also the Waves (great for EQs) plugins. I'm a sucker for the Lexicon reverb plug-in as well! Synth-wise, I love the Arp2600v by Arturia. And I also have a huge sample library which I have bought from the likes of Time and Space and Samplephonics. 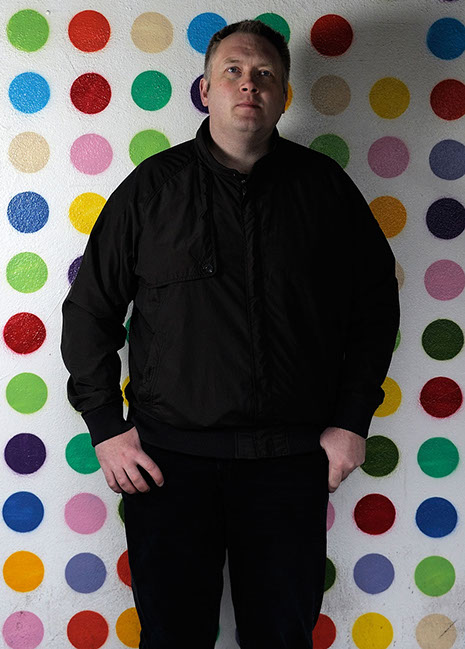 When you are in a city, I don't think you feel the character of the place as a whole in the same way as when you can take a step back and see the panoramic view.

When I first started to make music I used the name 'Teknik'. The name 'Jonteknik' came about from Claudia Brücken and Paul Humphreys who I had met in the late 90s. Apparently, they were talking with Daniel Miller of Mute Records, whom I had met before then, and they mentioned to him that they were working with me and he said 'Yes, I know of Jonteknik', so it stuck!

How come you started to make music?

Like many electronic artists, I started making music because I could. By that, I mean that I had an Amiga computer with an 8bit sampler that plugged in the back and a 'tracker' program. I started sending my little tracks to music magazines and getting some 'Demo of the month' awards! It was then I was able to use a programming room at Out of the Blue studio in Manchester as a fellow Kraftwerk fan pen pal was a sound engineer there. If it weren't for Mark Stagg I probably would never have started buying pro equipment as that experience really opened my eyes.

What are your musical - and other - influences?

I've been very lucky in that I've met people and worked with people who have taught me studio tips and songwriting advice and consequently I got into their influences. My first favourite electronic artist was Jean-Michel Jarre, closely followed by Kraftwerk and then Depeche Mode. When I was younger my favourite bands were The Police, Queen and Frankie Goes to Hollywood. Already at the age of six I hated going to school, so they had to bribe me with a record to attend! Other things apart from music that influences me in life are photography, nature and minimalist art.

What is your creative process like? How do you write music and take an idea and transform it into a finished song?

I was once told that Trevor Horn would say that it was all about the groove. 'If it ain't groovin, it ain't happening!' I like melodic bass lines, and I love percussion, so I adopt that philosophy. I try to create a bass and drums section that interests me and then start adding extra ingredients along the way. I throw some out, put some other in. I work in sections. I can never think like a DJ, I get bored too quickly and have to make a change every 8 bars or so! I don't think I ever finish a song. As someone once said, that you just have to choose the right moment to abandon it. I think that you should always make the music you want to make and don't be intimidated by silly comments or rejection on social media. Just get on with it and let the music speak for itself.

What music gear in your studio is a must have for you?

These days it is all software, well I do have a Roland vocoder. For me personally, would say that effects come before synths. I like things like the Soundtoys plug-ins (Echoboy, Pan Man) and also the Waves (great for EQs) plugins. I'm a sucker for the Lexicon reverb plug-in as well! Synth-wise, I love the Arp2600v by Arturia. And I also have a huge sample library which I have bought from the likes of Time and Space and Samplephonics.

So, on to your new album Skylines. The album seems to be a bit conceptual. What was the underlying idea you had for this album?

I visited Oslo a while back, and I was standing at the top of a ski jump on the viewing platform looking down across the city. When you are in a city, I don't think you feel the character of the place as a whole in the same way as when you can take a step back and see the panoramic view. Things like the sea, the trees, hills, apartment blocks, train lines etc, all seem to gel together to make one picture. I thought I could give it a soundtrack. I then thought of some of the other cities I had been to and researched them, as well as some I haven't visited but would like to. Then I went on to give them all their own soundtrack.

Do you have any plans to take Skylines on the road and perform live?

Every year I say I will do some live dates, but before I know it, another project comes along and takes up all my time. So this time I will say no right from the start.

What music do you listen to? Do you have any music tips for the readers of synth.nu?

I listen to such an eclectic mix of music and not all synth based! I listen to a lot of independent artists who I know through social media, I've also been listening to the work of certain producers like Toni Visconti and Conny Plank, and there are some great tips to be learned from doing that.

What is next for Jonteknik? What can we expect from you in the near future?

I launched my own label called 'The People's Electric' (www.thepeopleselectric.com) with the 'Skylines' album. Also, another act called 'iEuropean' will have their album released on it in April. I am also working on an album of covers/reinterpretations with guest vocalists. That should be released in late summer.